//Originally I was thinking of using a different design for their appearance, but ended up choosing their current design instead. I saw Apocalyptic dragons due to them, in essence being dragons but from a different world, and a different kind of dragon than what would be normally thought. Fire Beasts is the name used to describe them in their home world / universe, however a specific species name would be nice, and I’m open to suggestions.//

Fire Beasts, are creatures of mutation and raw strength, it’s not exactly clear where fire beasts originated, but they are exceptionally strong and more importantly have the ability to breathe a napalm fire, which clings to any surface it touches and burns at exceptionally hot temperatures. They can range from being around the size of a human, to being 48 feet from head to tail, their strength allows them to lift and throw boulders from a distance. They are considered an apex predator in their home world, they hunt in almost any region they desire.

Only their young are ever hunted and captured for taming in the wild, the adults are occasionally hunted by specialized hunters, usually to deal with a threat. Some say they have a social system of their own, while others say that it’s just ridiculous.

There are rumors however of Fire Beasts having the ability to telepathically communicate with others, as well as share memories with one another. 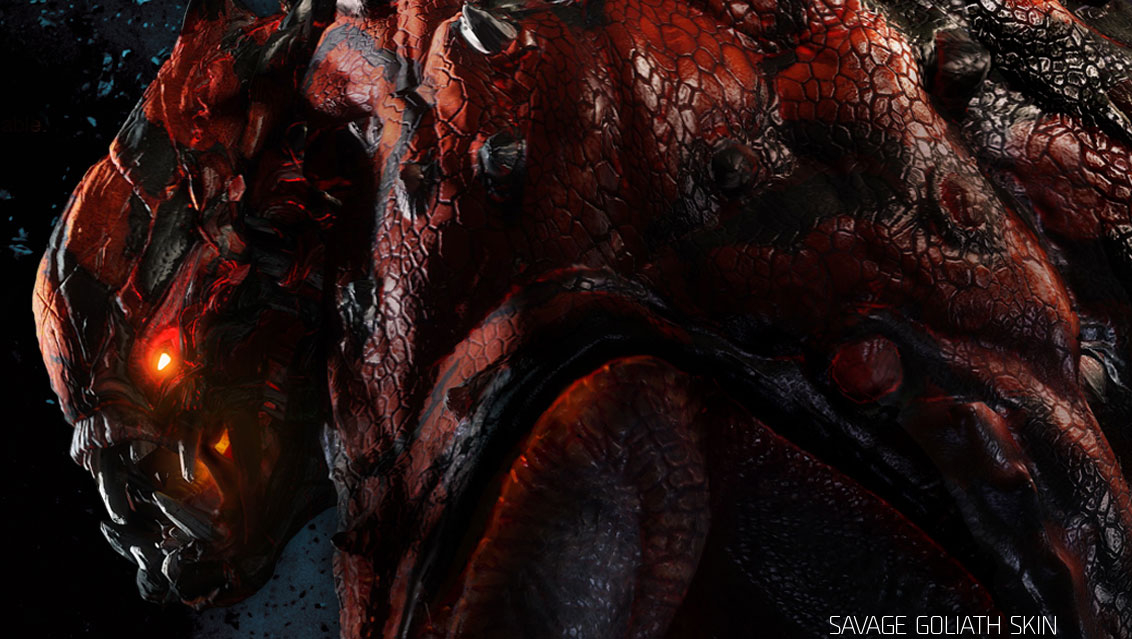 1132×639
Fire Beast pup: Pups range from 3 - 25 feet tall in height, depending on their age. They often are found in their respective nests, their skin isn’t as hard as an adult’s but is still durable. While their strength is far less than a full grown adult, their bodies appear to have great muscle growth and they have the strength to lift and even throw boulders that are around their size. If one was to travel deep enough into Fire Best territory, and approach the nests. They would see the pups of various sizes playing with one another, either in competitions of strength or just tossing boulders around, much like human children. Some would argue that upon seeing this that the Fire Beast nests are more like villages or Colonies as opposed to animal nests. At times they are allowed to participate in hunts just outside of their home territory, but they are accompanied by Guardians and adults. Pups are often very curious and will often find creatures fascinating and follow them to learn where they are going, they may even attempt to communicate with them, even though the creatures may not communicate back. 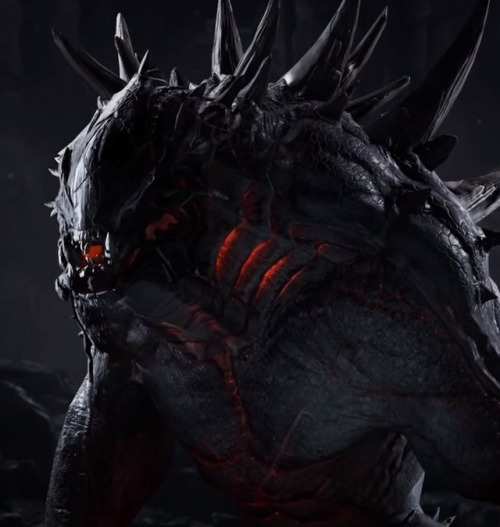 500×527
Fire Beast Adult: Considered full grown these creatures stand at nearly 30 feet tall. Their skin has hardened and their muscles have strengthened more so to where they can pull up large chunks of rock and hurl it through the air. Their hardened skin allows them to endure combat with larger creatures that they may hunt for food. 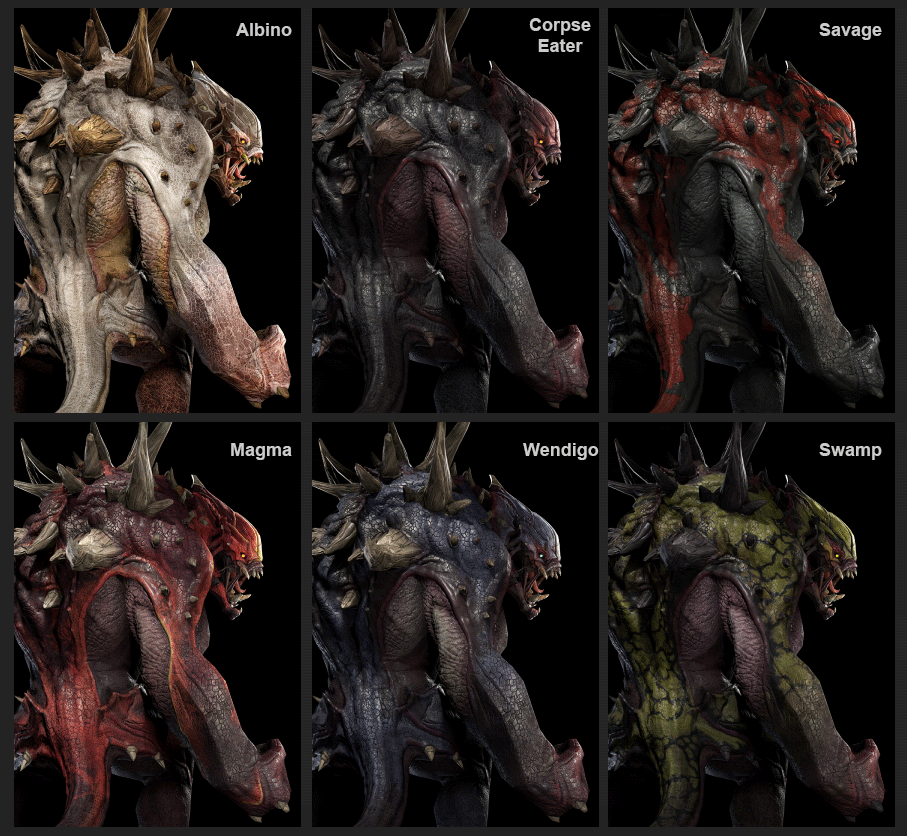 907×836
Fire Beast Guardian (male) - Colors may vary depending on where and what they protect, including but not limited to guarding pups (although this is not very common). Guardians stand at around 35 feet tall, and retain their strength.

1600×528
Fire Beast Patriarch - Often seen with a crest, still resembles other fire beasts but stands at 48 feet tall. Their strength is much greater than an adult or guardian. They are seen as very intelligent and like the Great Mothers, have powerful telepathic abilities, which can cause all others around them to become more docile and peaceful. They also have the ability to erase or block memories of those who see them. They may at times hunt, but typically they hunt for other large sized creatures for food. 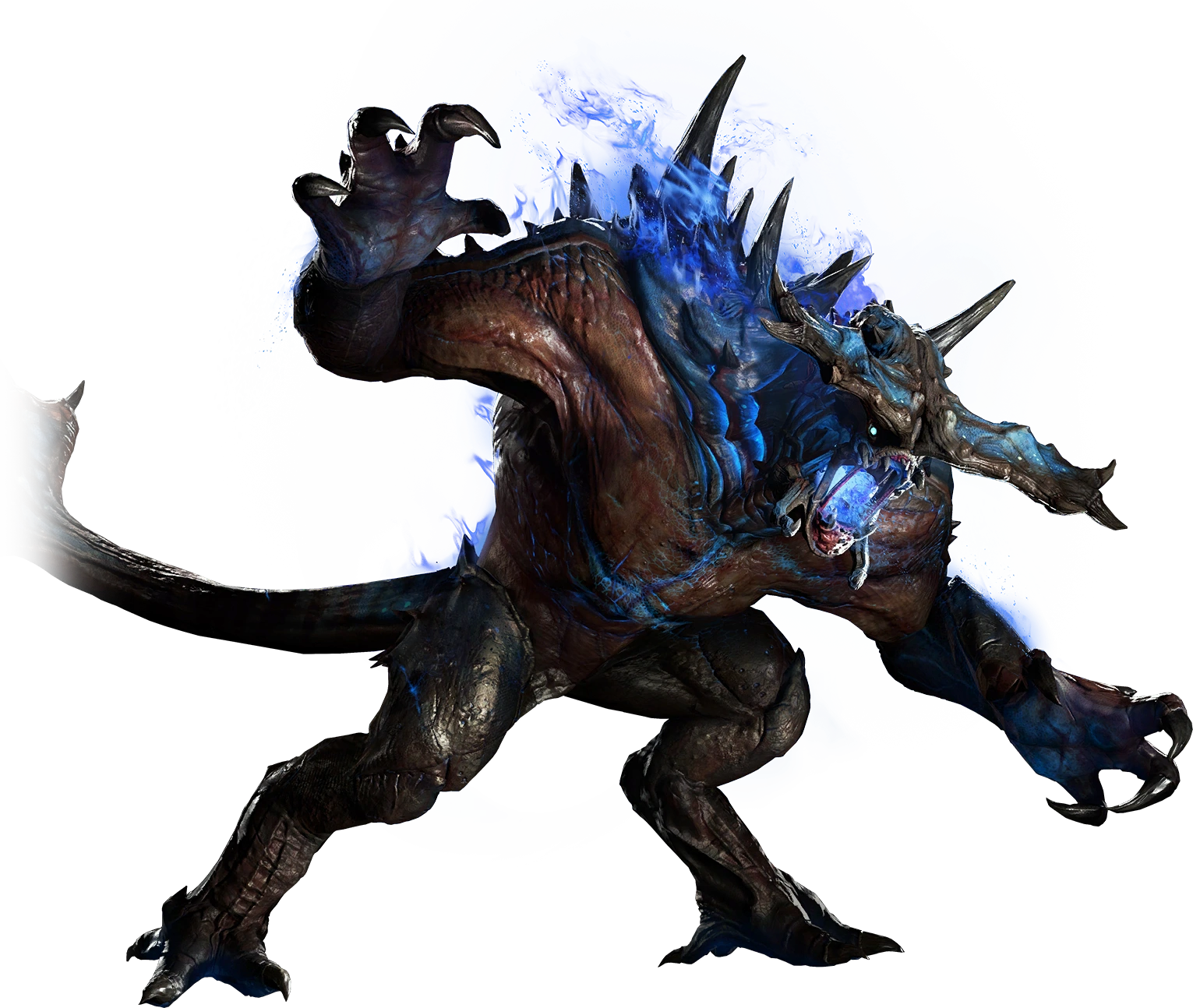 1531×1294
Fire Beast Matriarch - the female equivalent of the fire beast guardian. Matriarchs may start raising their own pups along with a guardian, or they perform many nurturing tasks around the nests. They are sometimes seen hunting but only in certain areas close to the nest, they have telepathic links with those in their care. 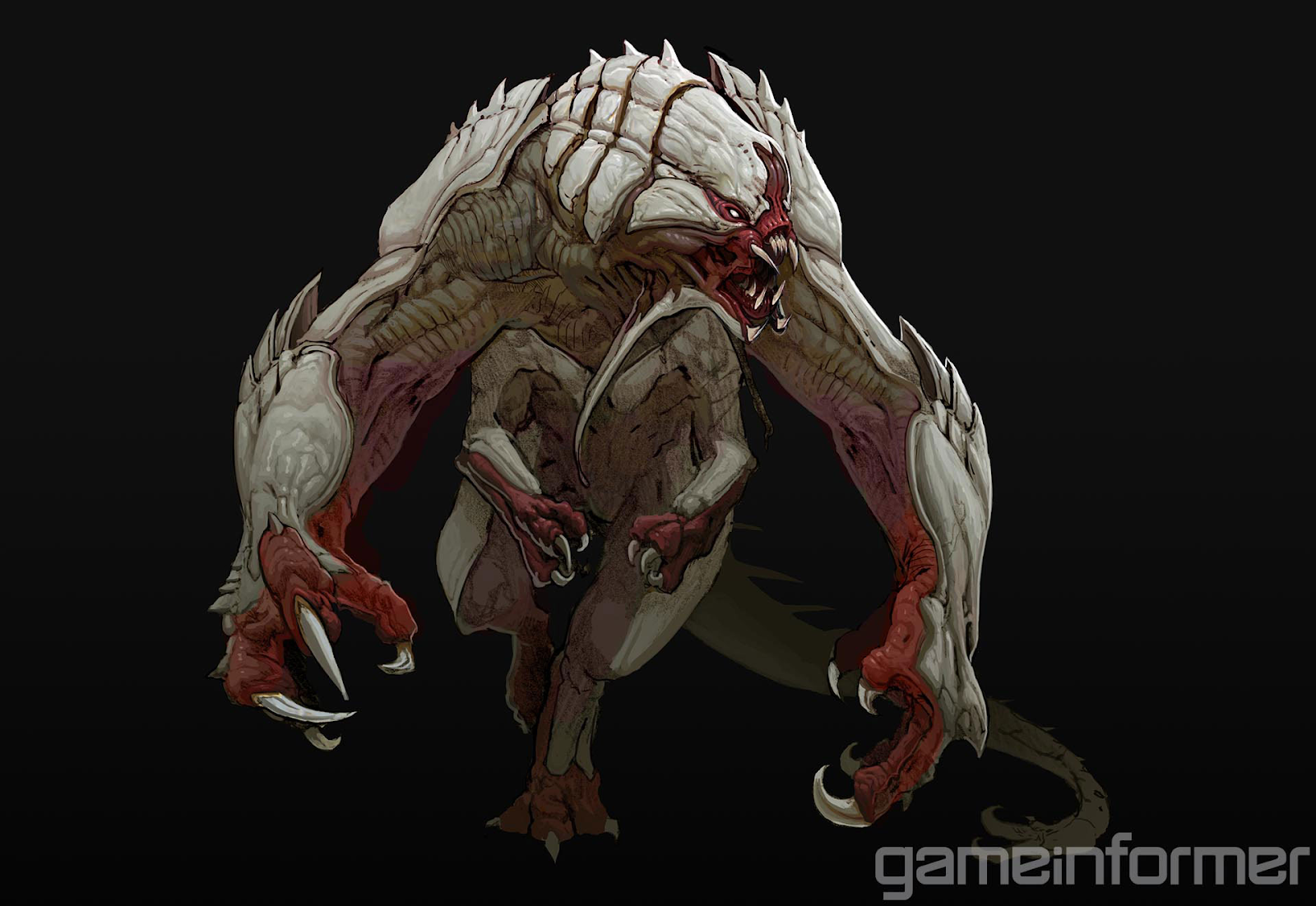 1600×1102
Fire Beast Great Mother - The Female equivalent of the patriarch, but much more unknown and mysterious, it is said that she has lived for millennia, there is typically only one Great mother at any given point in time. It’s believed that she has strong telepathic abilities, she is often peaceful in nature compared to the others, Her telepathic abilities have developed to where in her presence creatures are docile, even humanoids have expressed that they have felt rather at peace and calm in her presence, but they seem to have forgotten where she lives or how they encountered her, or what she looks like. She often has the largest spot in the nest and her young are prized above all others both by Fire Beasts and by humans, because of potential excess abilities inherited from their mother. It’s believed that her nest is in the far north, in areas where most humans don’t dare go.