Destruction of a Probe of Unknown Origin

An unknown droid was found entering the Schatten Star System and was brought into the main shuttle bay of the USS Pegasus before it reached it’s destination. The droid refused to communicate its intentions waiting for a verbal identification code. Mr. Damien Smith and Ms. Heather Quinn were brought in to assist with the situation. The pair attempted to seize the droid and force a physical connection. At that point, the droid self-desturcted injuring both parties. Mr. Smith is currently in the ICU Burn Unit on Nimbus Station while Heather is in the workshops being repaired by the engineering staff. Heather is expected to be repaired without issue, however Damien’s status is still critical from plasma extensive plasma burns.

The purpose and origin of the probe remain entirely unknown, the New Hope and the Cabur have been asked to consult while the Captain of the Pegasus retains the probes debris, the sensor logs have been transmitted to both ships for further analysis since those two ships have more experience with such technology. 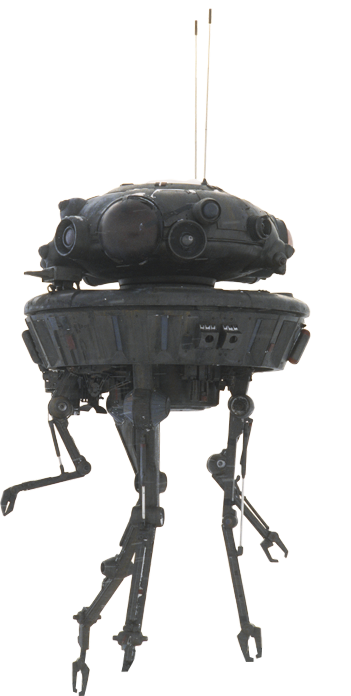 Details of this droid can be found at this page from Wookiepedia.